Using an RSS Reader you can access most recent stories and other feeds posted on this network.

Toronto, ON — On Wednesday May 11, the Canadian Council for Aboriginal Business (CCAB) brought together members of the Canadian business community to honour Tsuut’ina Nation — Economic Development Lands and South West Ring Road — the 2016 recipient of CCAB’s Aboriginal Economic Development Corporation (AEDC) award at its third annual Calgary gala. It was also a time to rally business around Fort McMurray to ensure it received support in its time of need. 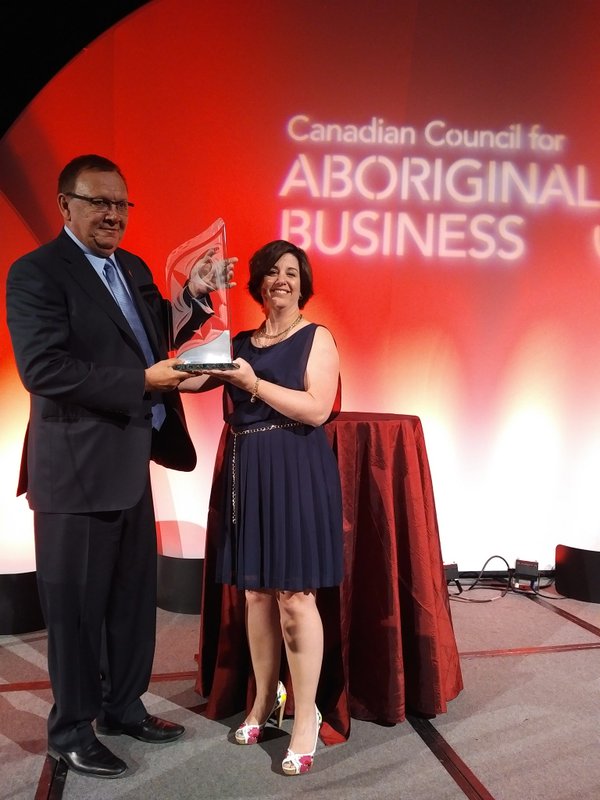 “I would like to take some time to acknowledge the people of Alberta, specifically the people of Fort McMurray. I wish to honour the brave people of Alberta, and acknowledge all the firefighters, armed forces, volunteers and countless people on the ground for their hard work.  These are the faces of hope and relief that have and are, guiding thousands through these difficult times,” said JP Gladu, President and CEO of CCAB.

“For more than 30 years the Canadian Council for Aboriginal Business has generously been supported by business in Alberta and Canada’s western provinces. We want to acknowledge this fact and once again express our deep support and commitment to being a driving force in building the bridges that support equitable prosperity for all Canadians,” said JP Gladu.

The theme of resilience was strong at the Calgary Gala as everyone gathered made a commitment to ensure Fort McMurray is able to recover from devastating recent events. CCAB will continue to work with its member organizations and the Alberta business community in whatever capacity it can in the weeks and months ahead to ensure that the families and workers of Fort McMurray are able to once more have a bustling, thriving community.

For more information or for interviews, please call:

This article comes from NationTalk:
http://nationtalkdev1.com

The permalink for this story is:
http://nationtalkdev1.com/story/third-annual-ccab-gala-contributes-over-100-000-to-canadian-red-cross-alberta-fires-emergency-appeal